Nelson Aguilera is a writer, a teacher, and a member of PEN Paraguay who was sentenced to 30 months in prison on 4th November 2013 after an allegation of plagiarism was brought against his 2010 children’s novel Karumbita: La patriota (Karumbita: The Patriot). His conviction was upheld by the Chamber of Appeal in Asunción in June 2014 and he has since filed an appeal with the Supreme Court of Justice, which is now under review by three ministers in the Constitutional Court. PEN believes Aguilera’s sentence to be unjust and is calling on the Paraguayan authorities to quash his conviction without further delay.

The allegation against Nelson Aguilera was made by Maria Eugenia Garay on July 1st 2010, when she filed a lawsuit alleging that Aguilera’s Karumbita: La patriota plagiarised her 2005 novel, El túnel del tiempo (The Tunnel of Time). According to PEN, at least 6 independent writers and experts have found no substance to these allegations. Their findings are that, while both books share similar themes – both involve time travel to visit events in the past, and both feature Paraguay’s successful struggle for independence from Spain in 1811 – Garay and Aguilera use these themes in different ways. There is absolutely no hint of any paragraphs being lifted from Garay’s work into Aguilera’s. The experts also highlighted that where similarities were found between the two books, these were the result of both authors referencing known historical facts. Such facts obviously belong to neither of the authors and so cannot constitute plagiarism. 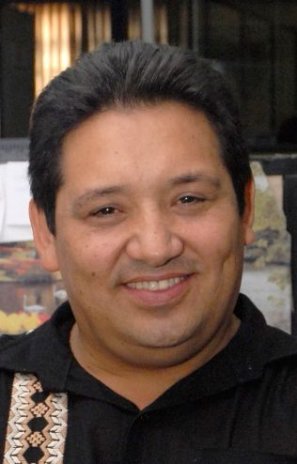 Aguilera has himself claimed that 40 witnesses for the defence were prevented from testifying during the trial as the judge ruled they had been presented too late. According to PEN, these included “a recognised legal expert in plagiarism employed by the court to investigate the case against Aguilera [and] who had concluded that Aguilera did not have a case to answer.” In addition to this, Aguilera has expressed concern that his conviction may have been influenced by the fact that Garay’s brother, César Garay Zucolillo, is minister of the Supreme Court of Justice. A concerning allegation given that Aguilera’s most recent appeal is currently under review by that very body.

On the 9th of July 2014, Aguilera went, accompanied by the writer Lino Trinidad who acted as an expert witness, to present his case before Parlasur; the parliament of Mercosur, a sub-regional bloc of countries comprising Argentina, Brazil, Paraguay, Uruguay and Venezuela. During this hearing he referred to the trial against him as a “circus” and expressed concern with the way in which the court proceedings had been managed.

As a result of the International Day of the Imprisoned Writer, Aguilera’s case is now getting more exposure in the press outside of Paraguay and South America. On November 12th The Guardian published an open letter from novelist and short story writer Luisa Valenzuela, in which she describes Aguilera’s trial as “reminiscent of a witch hunt” and says to him, “You are not being accused for your ideas but for an interpretation of them, an interpretation with such weak evidence that it could be considered a disguised form of censorship.” Valenzuela also expresses concern about the “alarmingly disproportionate” sentence, which not only seems excessive in terms of time (30 months), but also in place. Aguilera’s 30 months are to be served in Tacumbú prison. Even a cursory Google search reveals many concerns about severe overcrowding and mistreatment of prisoners within the walls of Tacumbú, and Valenzuela refers to the prison’s “infamy” in her open letter.

Aguilera’s sentence has not stopped his creative output, and he has since added to his list of published works, which number around 40, with the latest in his ‘Karumbita’ series, Karumbita va al Munidal. PEN hopes that, with the pressure of international support, Aguilera’s conviction can be overturned and he can get back to writing as a free man.