‘Free Speech’ is a term that has been thrown around loosely in recent months. In light of a series of high profile crimes committed against journalists and cartoonists, it has been latched onto as a buzzword in the ever more violent rhetoric of politicians and journalists: the ‘war on terror’ now head to head with the ‘war on free speech’. But what does ‘free speech’ really mean? Can it or should it be limited if it is to retain its true meaning? And is ‘free speech’ now being abused and conflated with wider cultural and political sensitivities?

In January 12 people were killed in an attack in Paris, which targeted editors and artists of the satirical magazine Charlie Hebdo. It was the deadliest terror attack in France since 1961. The culprits: gunmen belonging to the Yemeni branch of Al-Qaeda. The reason: the magazine’s refusal to censor their content. After receiving death threats for printing cartoons satirising the prophet Muhammed, the editors continued to discuss topics which the extremists disagreed with.

On the 5th May, Charlie Hebdo was recognised by the PEN American Center with the 2015 Freedom of Expression Courage Award at the PEN gala in New York. Several high profile authors due to attend backed out as a protest against what they perceived to be ‘cultural intolerance’ and Islamophobia presented in the French satirical magazine. Their argument was that they did not feel it was in keeping with the values that PEN stands for, that the award for the magazine was promoting bigotry and reinforcing the lower status of Muslims in France. However, this skates over a vital aspect of the award that PEN President Andrew Solomon pointed out: it is not about the content of the publication, but the courage of the writers.

The case of the shooting of Charlie Hebdo journalists was a direct attack on free press and the ‘unhampered transmission of thought’ that PEN strives to defend. Whether you like the satirical cartoons or not, they are part of a culture of freedom to offend and the freedom to be offended; as the current editor Gerard Biard put it: ‘being shocked is part of the democratic debate. Being shot is not’. Furthermore, Charlie Hebdo is not aiming to incite hatred of one particular group: a notoriously secular publication, its cartoonists offend indiscriminately, attacking all nationalities, political affiliations, religions and classes.Only 2% of covers published in the last 10 years contain references to Muslims. If you search for images of the front page of the magazine, you will find the now world-famous images of the prophet Muhammed, but alongside these there are mockeries of topics as diverse as gay marriage to the rise of right wing politics in France.Their humour may not be to everyone’s taste, but there is no obligation to read it if you choose not to. The authors who backed out of the PEN awards ceremony have every right to do so, however, I feel that the accusation that Charlie Hebdo incites ‘cultural intolerance’ presents a worrying idea that free speech should be limited if it is offensive.

Now, coming forward a few months from the ghastly Charlie Hebdo murders and a seemingly similar attack on free speech occurred in Texas, where, once again, cartoons proved to be lethal. On the 3rd May two gunmen attacked a rally of a right-wing pressure group, where a ‘draw the prophet Muhammed’ competition was taking place. The attack was halted and the gunmen killed as a result.

Now, although PEN fights for the right to defend this rally in the ‘free criticism of governments, administrations and institutions’ it is, I think, important to differentiate between the satirical cartoons of publications such as Charlie Hebdo, and the Anti-Islam stance of the rally in Texas.

The Guardian describes the group which organised the event, the American Freedom Defense Initiative (AFDI) as: ‘seeking to teach Muslims that their religion deserves no special status or protection or even that their religion is uniquely dangerous, [the AFDI] wants to ram home that message in the crudest way’. This kind of thinking immediately tars all Muslims with the same brush, wrongly implying that ‘dangerous’ attacks by extremist groups in the name of Islam are indicative of the whole religion and its teaching. 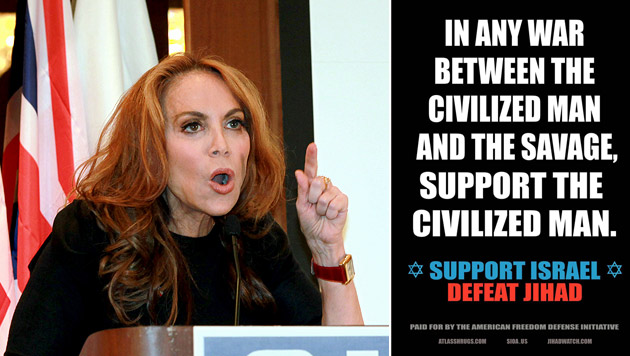 The radical Islamist group IS has since claimed that the gunmen were acting on their behalf. Organisers of the rally have, wittingly or unwittingly, enabled IS to strike fear into the hearts of the US people, allowing them greater publicity and giving the impression of a greater threat of terrorism from within US borders. Whether or not the two gunmen were linked with the group remains uncertain at this point, but it is no surprise that IS has jumped on board with them and used this attack to incite fear and hatred between cultures.

But who is inciting more hatred? Whilst the AFDI is right to bemoan an attack on free speech, the aim of their rally was not exactly promoting tolerance of different opinions. As the PEN Charter states: ‘freedom implies voluntary restraint’; furthermore, members of PEN pledge to oppose the ‘evils of a free press’, including distortions of fact for personal reasons.

Everyone should be entitled to draw, say and write what they want, and nobody was forced to attend the rally in Garland, or agree with its sentiments. But I think it is important to remember that whilst this means the Dallas rally and similar events continue, it is no excuse to abuse this right and incite hatred, isolate communities, and make the ‘war on free speech’ merge with the rhetoric of the ‘war on terror’.

Charlie Hebdo, as the head of a French anti-racism organisation SOS Racisme put it, is an ally in the fight against racism, as it satirises those who commit violence against minority groups. It uses humour to challenge and bring to light important issues relating to tolerance and ignorance. Meanwhile the actions of the AFDI allow self-justification for extremist beliefs; it is a game of tit-for-tat, whereby terrorists use violence to respond to inflammatory comments, with ever increasingly inflammatory comments presented as retaliation. This surely is of no benefit to the real issues behind the need for free speech?

Conflating issues of free speech and racial intolerance makes for a very messy and unhealthy climate of hatred, fear and blame. Maybe the people inciting prejudice in the name of ‘free speech’, along with critics of PEN’s so called ‘cultural intolerance’ should re-read its charter and engage with its values of tolerance and peace.